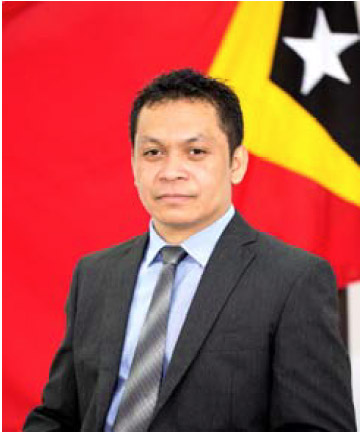 On behalf of the Board, the Executive Directors, and all Staff of the ANP, I welcome you to the 2015 Annual Report.

Like many countries in the world in 2015, petroleum industry in our part also contributed lower receipts from oil and gas activities in our jurisdictions primarily due to the most severe downturn in decades. Besides, noticeable reduction in our petroleum production has also been another contributing factor. The industry players found it challenging and to some they have to pass through painful times to swiftly restore their businesses to continuously pertinent in this drastically changing environment. The downturn also partially gave rise to the earlier, rather than later, cessation of oil Production in KIT AN field by the year’s end. Petroleum production from Bayu Undan field continued to occur on its own pace as forecasted, whilst efforts for further infill development drillings in the coming year are also well underway. In the areas of exploration, inevitable delayed in the delivery of contract commitments occurred across the exploration contracts, while maintaining minimum operations off fields.

Meanwhile, our preparatory works for the next bid round continued to shape up encompassing technical, administrative, and legal areas both for offshore and onshore Timor-Leste. Technical Regulations for Offshore Petroleum Activities are in its final version to be submitted for the approval of the Government through the Council of Ministers in 2016. The second round of the acreage release for petroleum exploration in offshore and the first for the onshore areas scheduled to be kicked off in 2016 upon securing the final approvals for both the said regulations and the model contracts for both offshore and onshore areas.

In the areas of Downstream Petroleum, the ANP continued to strengthening its cooperation with all relevant stakeholders in the country to better managing and regulating the operations of the Fuel Filling Stations in accordance with the established legal framework. About half of the Fuel Filling Stations operated in Dili obtained proper operating licenses by the year’s end, and the ANP confident that the remaining half can all be fully licensed in the coming year. The 2015 also marked the completion of a Technical Regulation for Fuel Storage Facilities, and half way through to the completion of two others; Fuel Trading and Public Registry regulations.

At corporate level, various works undertaken to continuously bringing up to date all policies and procedures utilized for the ANP’s day-to-day operations to the applicable domestic legislations and the globally applicable good corporate practices. Additionally, various modes of human resources capacity building programs are continued to put in place forits staff in view of the continuous needs for competent professionals representing the ANP in interfacing the highlycomplex and sophisticated industry. To this effect, in exercising its regulatory roles and functions in its jurisdictions, the ANP also seeks to bringing value added to the businesses whilst ensuring compliances of the petroleum operations withthe established legal framework and best practices.

I hope that this report could serve as a reference for the readers on the way the petroleum operations are managed and reg ulated in Timor-Leste and in the Join Petroleum Development Area in the Timor-Sea during the reporting year. As always, we remained open to constructive inputs for the improvement of our annual report in the future.